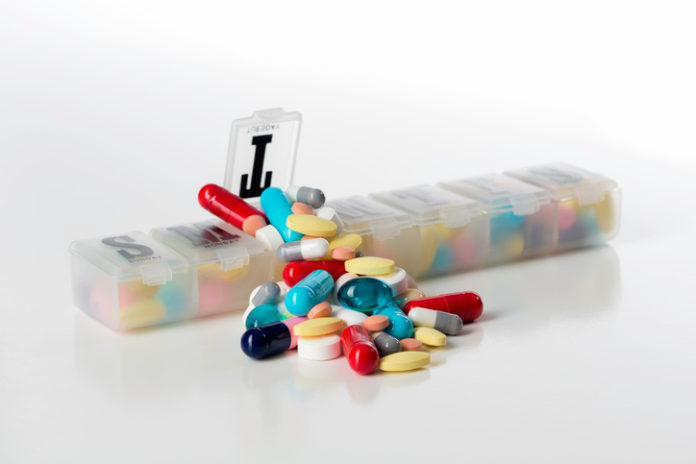 A 61-year-old non-smoking woman was in apparently good physical health. She had no history of drug or alcohol addiction. Her psychiatric history was unremarkable.

The patient had been taking tramadol 1700 mg/day for five years to control pain after an orthopaedic procedure. Her husband is a doctor and, together with a neurologist, a psychiatrist and another physician, tried to stop his wife taking tramadol four times in recent years, prescribing unsuccessfully lorazepam and amitriptyline. She became very agitated when delaying or skipping the tramadol administration.2

Mallika, a 68-year-old woman sharing a flat with her son and daughter (both unemployed), had persistent back pain for which her GP prescribed non-steroidal anti-inflammatory medication and, at her request, occasional small amounts of nitrazepam. A local pharmacist called to say that Mallika’s recent prescription had been modified, with 25 nitrazepam being replaced by 250. This had never happened before. When asked about this, Mallika admitted that she had been taking nitrazepam regularly for many years, buying it through her son, who attended a methadone clinic. She was struggling to afford the amount she needed, and so had modified the prescription.3

Substance abuse disorders in the elderly constitute a growing problem but, due to multiple reasons, are often overlooked, underdiagnosed and undertreated.3-11

According to the results of the 2013 National Drug Strategy Household Survey,12 while older people (aged 50 or older) generally have the lowest rates of illicit drug use, in recent years this age group has shown the largest increase in illicit use of drugs in Australia. This was the only age group to show a significant increase in illicit drug use between 2010 and 2013 (from 8.7% to 11.1% for 50–59 year olds and from 5.1% to 6.4% for people aged 60 and over). This was mainly due to an increase in the use of cannabis. When interpreting these figures, it should also be acknowledged that previous research has found that older people are particularly likely to significantly under-report their substance use.13 (See Box 1.)

In the United Kingdom, in response to increasing reports of prevalence of substance problems in older people in an ageing population, along with an inadequate research base, the Royal College of Psychiatrists produced a report, Our invisible addicts,14 which generated somewhat of a public outcry at even a suggestion of substance abuse occurring in the elderly.

Despite increasing rates of illicit and prescription drug misuse among adults older than 65 years, alcohol remains the most commonly used substance among older adults in Australia and elsewhere.5,12–14 Australians who are most likely to drink daily continue to be those aged 70 or older, for both males (21%) and females (10.0%). However, the older age groups were the least likely to consume alcohol in risky quantities, with only 1 in 10 (9.3%) consuming 5 or more standard drinks on a single occasion in the past year.12

The proportion of Australians misusing pharmaceuticals in the previous week or month is also generally higher in the older age groups, with 1.5% of those aged 60 or older reporting misusing pharmaceuticals in the past week and 2.6% in the past month, according to the 2013 National Drug Strategy Household Survey.12 Overall, analgesics were the most commonly misused pharmaceutical drug type and over-the-counter (OTC) analgesics were more commonly misused than those on prescription, lending support to the decision by the Therapeutic Goods Administration to up-schedule OTC analgesics containing codeine. Contrary to popular perception, the social and health impacts of opioid dependence are not limited to younger adults, and are increasingly affecting older populations.11,15–17 It is not unusual for elderly patients to misuse their own prescriptions for pain management.18 One analysis of Victorian ambulance attendance data identified  that a sizeable minority of older people are seemingly misusing benzodiazepines (22% of attendances for people aged over 65 years) and pain medication (14% of attendances).13

This should not be too surprising, given that chronic pain is a highly prevalent affliction for the ageing population, and it has been accompanied by a significant increase in opioid use.16 This is an international problem, with little difference between the USA, United Kingdom, France, Germany and Australia in the levels of misuse of prescribed opioid analgesis.19

Factors associated with prescription drug abuse in older adults include female sex, social isolation, history of a substance-use or mental health disorder and, not surprisingly, medical exposure to prescription drugs with abuse potential (Box 1).5,8–10,20 In addition, the elderly individual may be at risk for drug misuse and abuse as a result of hoarding old or unused medications. The worldwide high rates of prescribed psychoactive medication use in older age groups predispose these individuals to the risk for non-medical use, abuse or dependence. At least one in four older adults has used psychoactive medications with abuse potential and such use is likely to grow as the population ages.6 Improved education of health professionals and their patients is needed, considering the growth of the ageing population and the under-recognition of prescription opioid misuse, in particular, in older adults.16

A statement from over 25 years ago is as relevant today: ‘substance abuse among the elderly is relatively common but often remains undetected or ignored by health and social workers.’21 It has been suggested that substance abuse in older individuals is often unrecognised by health professionals for several reasons: lack of awareness, embarrassment over screening for substance abuse, failure to perceive the significance of substance abuse-related medical problems, and therapeutic nihilism about the elderly, with a common belief that little can be done to alter the course of alcohol or drug addiction in older people.1,3–5,10

Only 6–7% of high-risk people over 60 years of age with substance misuse problems receive the treatment that they require.3 As noted by Hunter and colleagues,13 while it is critical that strategies to reduce substance abuse in the young are acted upon, it is also essential that policymakers do not ignore the impact of alcohol and drug problems among older people. For instance, specialist alcohol and other drug services exist throughout Australia, but they do not generally cater for older people and do not collectively provide a health service attuned to dealing with the needs of older clients.22

This applies, for instance, to the provision of pharmacotherapy treatment services for opioid dependence. Worldwide, methadone maintenance treatment has entered into its fifth decade, and programs are treating patients who are older than ever before, presenting for the first time in their 50s, 60s and 70s.15,23–25 It is estimated that almost 50,000 Australians are receiving pharmacotherapy treatment for their opioid dependence.26 This number has doubled since 1998. The patients are getting older – over the 10-year period from 2006 the proportion of clients aged 50 and over more than doubled (from 8% to 22%), while the proportion of clients aged under 30 fell by nearly two-thirds (from 28% to 10%).26 The ageing of the cohort of people in opioid pharmacotherapy treatment has a combination of sources: methadone treatment having been available for more than 40 years; pharmacotherapy treatment reducing the risk of premature death, resulting in clients remaining in treatment for decades; and clients seeking treatment for the first time at an older age. Methadone is the most commonly prescribed pharmacotherapy type across all age groups. Older clients are more likely to receive methadone and less likely to receive buprenorphine and buprenorphinenaloxone than younger clients.26 This is largely due to the success of methadone programs in retaining patients in treatment and helping to prolong their lives, in spite of often complex and comorbid cases.24 Older adults undergoing methadone maintenance treatment are a unique population. Ongoing substance use, a high prevalence of psychiatric disorders, and complex medical comorbidities create unique challenges as greater numbers of this cohort age.6,15,25,27 In addition, these individuals’ poor treatment-seeking behaviour and relative social isolation makes engaging and providing treatment to this cohort potentially difficult.6,23,24 A further complication is that ageing-related changes to the brain, multiple medication use for chronic conditions and altered pharmacokinetics may also place older patients on methadone maintenance treatment at greater risk of CNS adverse effects and drug interactions.6

A converse issue is that opioid misuse accelerates physiological ageing,3,28 through oxidative stress and cellular ageing with telomere shortening, inflammation in the periphery and brain, decline in brain volume and function, arterial stiffness and early onset of cardiac, cerebrovascular, kidney and liver disease.29–32 Consequences include increased risk of hypertension, arthritis and cognitive impairment.3

‘Older people are not immune to the development of substance misuse and dependence on legal and illicit substances as well as prescribed and “over the counter medication.” The nature and extent of the problem and associated psychological and physical comorbidity is greatly underestimated. The pharmacist, in partnership with general practitioners and physicians, has a responsibility in reducing misuse among the older population.’33