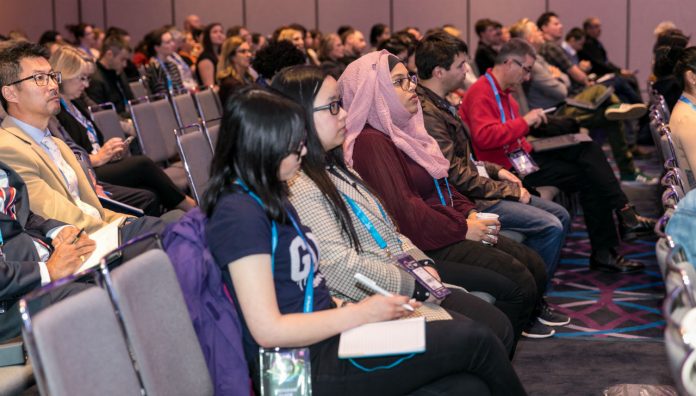 Most people with clinically severe obesity live and die without the underlying disease having ever been treated, leading global expert in obesity, Professor John Dixon told PSA19 at the weekend.

Pharmacists, like other health practitioners, accept that patients with diabetes and cardiovascular disease and its complications are treated. And the treatment goes beyond ‘lifestyle modification’ to which obese people are directed. This includes medicines to lower blood glucose, to lower lipids and to reduce blood pressure.

Professor Dixon, a researcher at the Baker Heart and Diabetes Institute and Adjunct Professor at the Primary Care Research Unit at Monash University and at the Iverson Health Innovation Institute at Swinburne University, said that 1.4 million Australians have type 2 diabetes and the same number has clinically severe obesity.

The obese group ‘are largely provided nothing’ because it is regarded as ‘their fault’ when lifestyle interventions fail. But that, he said, is what ‘is exactly wrong’ with the health system.

‘We must go beyond lifestyle in treating this disease,’ he said, noting that while women dominate globally in severe forms of obesity, it was fairly equal in terms of gender in Australia. We need a chronic disease care management plan in place, Professor Dixon said.

According to Professor Dixon, establishing the risk factors in the first 1,000 days after birth that ‘determine your weight trajectory for life, given where you’ve been planted (in our obesogenic environment) in Australia’ should be ‘a real focus’ for researchers.

The gut microbiome ‘could [also]…well be influential, but we don’t know if it will lead to effective therapy at this time’, he told a session on the latest interventions in weight management.

No diet was superior he said, and it was a good idea to outsource behavioural plans to dieticians and ‘enhanced programs’ such as Weight Watchers.

‘Obesity is a progressive, chronic relapsing disease that is not curable,’ he said.

Community pharmacists have a role in advising on meal replacements, very-low-calorie diets (VLCDs) and pharmacotherapy. He stressed that losing just 5–10% of bodyweight had the most benefit.

‘All the areas of the brain that control weight are not cortically-controlled.’

He said that while people don’t hesitate to use treatments for high blood pressure, it is different for obesity which is the ‘canary in the mineshaft’ – a warning to the disease, death and disability it generates.

Lean people have satiety after a meal, and that feeling of comfort is prolonged to the next meal, Professor Dixon told the conference. In contrast, an obese person may never be satisfied. ‘They are focused on food, they are looking for food, they’re always hungry,’ Professor Dixon said.

‘So when we’re talking about how we manage this, we’ve got to completely turn away from the reliance on lifestyle interventions and have an understanding of our patients that they’ve used these [diets and exercises] for years. A healthy diet and plenty of exercise are very beneficial in many ways, but for preventing and managing obesity they are disappointing for the majority,’ Professor Dixon said.

Counselling in-pharmacy, or by a dietician or GP is probably best for very-low-calorie diets (VLCDs) and low-calorie diets (LCDs), he advised. While LCDs, VLCDs, drugs and bariatric surgery are all ‘routine’, only 5% per cent of Australians living with severe obesity would receive any of these effective therapies in a year.

Most people can use VLCDs which are ‘available in your pharmacy, less than 800 calories a day. They are superb … patients will use them again and again … they’re extraordinarily safe’ and are designed to promote ketosis – using fat stores for energy in preference to carbohydrate, while meeting all daily nutritional requirements.

However, studies have shown that combination treatments with medicines, behavioural modifications and meal replacements are more successful than single interventions for chronic disease management, he said. In people weighing around 100 kilograms, a 15% reduction in body weight would result in a greater likelihood of diabetes control and remission.

Available drugs include orlistat (Xenical), phentermine (Duromine), liraglutide (Saxenda), topiramate and, most recently, the TGA-approved Contrave, a naltrexone and bupropion combination. Both topiramate and liraglutide are used ‘off-label’ for weight management. Contrave should be titrated up, taken whole with water and food, and evaluated after 16 weeks for at least a 5% baseline body weight loss, which is to be re-evaluated annually.

It is not indicated for either smoking cessation (buproprion alone) or for alcohol or opioid dependence issues (naltrexone).

He urged pharmacists not to be ‘judgemental when people have a weight problem’. A 5–10% sustained weight loss generates ‘major health benefits’.

Some people, particularly those who are insulin-resistant or diabetic, often respond better to a low-carbohydrate diet, while others may fare better on a low-fat diet, Professor Dixon said.

‘Your support during the early phase of meal replacements and pharmacotherapy is vital,’ Professor Dixon reminded pharmacists, in a community-based transdisciplinary approach to care for chronic disease management.