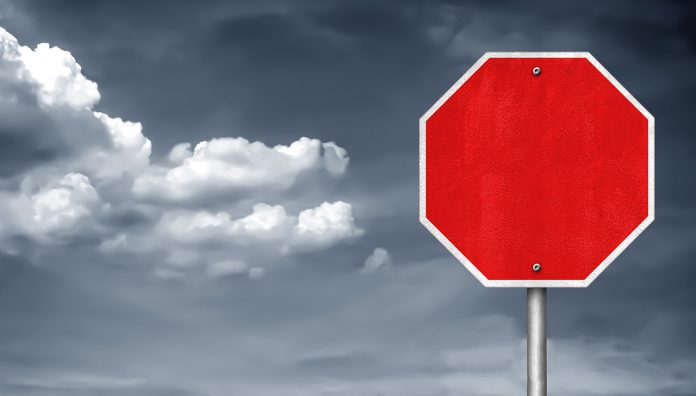 It took Bria Lacy five years to ‘find her voice’ but when she did, it was heard.

I was not expecting the overwhelming response I got,’ Ms Lacy said of the support she received after publishing her blog Finding My Voice (see below).

‘I mostly wrote it to tie everything up nice and neatly for myself.’

In 2015, while working night shifts as an intern at a discount pharmacy, Ms Lacy was repeatedly sexually harassed by a senior colleague. ‘It was such a lonely thing to go through,’ she recounted. ‘I wish I’d been brave enough to talk about it sooner.’

After enduring 10 months of sexual harassment, Ms Lacy quit what had been her dream career. ‘It was the hardest decision I ever made. I felt like a failure.’

For a long time thereafter Ms Lacy associated pharmacy with everything that was unravelling in her life.

‘As a student I was a perfectionist and worked myself to the bone. And then I was sexually harassed and diagnosed with mental illness and I compartmentalised it to think, “well, everything in pharmacy is bad”,’ said Ms Lacy.

‘I was unable to work for a year and a half. And so I spent a lot of time focusing on myself finding out who I am as a person outside of this perfectionist pharmacist Bria.

While Ms Lacy felt completely alone during her ordeal, elsewhere nearly two thirds of women in a recent Australian Council of Trade Unions survey1 experienced sexual harassment in the workplace, along with more than one third of men.

Just as worrying is that 41 percent of people who have been harassed did not disclose the harassment1 they experienced to anyone else.

‘It’s very difficult to speak up about issues like this,’ explained Kay Dunkley MPS, Executive Officer at Pharmacists’ Support Service (PSS). ‘There is a lot of stigma associated with experiencing sexual harassment and many people feel they are in some way to blame.’

Perpetrators often exploited this situation, Ms Dunkley added. ‘They tell their victims no-one will believe them if they report it.’

Sexual harassment is intimidation by colleagues or those in senior roles, preying on the vulnerability of individuals who are isolated, including those early in their careers, said Victorian pharmacist Carlene Ngoma MPS, the International Pharmacy Federation’s Global Lead, Pharmacist Workforce Development: Gender Equity.

The right support and advice through the process, and holding the perpetrator accountable, can lead to confidence, empowerment and prevention, she says.

‘The statistics around sexual harassment are startling and the experience can turn you away from a job or a career and distract from your development, aspirations, and talents. It’s important for employers to acknowledge that the individual is not to blame; this can only be done when people feel safe to share their experience.

‘An employer will contribute to the harm caused by harassment if they attempt to excuse or rationalise inappropriate behaviour or fail to hold people accountable.

‘As occurred in Bria’s case, moving a staff member from one location to another perpetuates and ultimately encourages this behaviour,’ Ms Ngoma said.

Organisations should invest in standard operating procedures on how to manage sexual harassment and have set policies for addressing them. ‘Importantly,’ she said, ‘this is about managing the perpetrators of inappropriate behaviour, and should be implemented in such a way that they don’t act as a barrier for a person to make a notification. The stigma and fear surrounding sexual harassment, and making a report, significantly adds to these horrific experiences,’ said Ms Ngoma who warns the situation can be made worse with the individual courageous enough to discuss the experience feeling unheard, misunderstood, and victimised again.

Significantly, she added, an organisation should ensure that the notifier ‘always feels like their experiences are believed and treated with the seriousness they deserve’.

Sharlene Wellard, Principal – Workplace Relations & Safety at Meridian Lawyers, said that a workplace culture that is sexually permeated or hostile can also amount to sexual harassment,’ she said.

Often, however, sexual harassment was more subtle. ‘What was initially brushed off as an accidental touching from behind a busy counter may – if the behaviour continues or is combined with other actions, like leering, stroking hair, or comments on a person’s appearance – start to make an impact on the victim who then feels offended, humiliated and/or intimidated,’ Ms Wellard explained.

Ms Dunkley added: ‘Sexual harassment is not just touching. It can also be spoken words, inappropriate jokes, posters in a common staff area or the toilet, computer images, unwanted text messages and via social media.’

Ms Wellard said many legal claims are open to a victim of sexual harassment against the business, management and perpetrator. ‘The penalties and consequences vary and often include the payment of compensation,’ she said.

While compensation is often awarded, in some jurisdictions hefty fines can be imposed and management, directors and those with responsibility to keep the workplace safe can face jail.

How to tell if it’s happening

‘Our experience dealing with victims of sexual harassment is that as soon as they start talking to a trusted friend or family member about what has happened, they find their uneasiness and uncomfortableness is validated by the person they confide in,’ Ms Grayson said.

Ms Grayson said it was always a good idea to keep notes.

‘Include dates, locations and exactly what was said or done. If you do decide to initiate legal proceedings at some stage, contemporaneous notes documenting not only what happened, but how the conduct has made you feel is an invaluable tool in bringing a claim.’

Maurice Blackburn Lawyer of Employment and Industrial Law, Penny Parker, said if a victim wants to make a formal external complaint and seek compensation or damages then the first step is to make a complaint to the Australian Human Rights Commission (AHRC).

‘Unfortunately, recent amendments to the Sex Discrimination Act (1984, [Cth]) have shortened the period of time in which a victim of sexual harassment is able to make a complaint. Victims only have six months from the date of the alleged conduct to file a complaint with the AHRC,’ Ms Parker said.

Those who experience sexual harassment can seek assistance from the PSS, where Ms Dunkley said reassurance that they are not to blame and acknowledgment of the distressing the situation will be made.

‘We also find out who they have available to support them as dealing with the behaviour can be very distressing and can take time.

‘The next step is to make sure the person experiencing harassment is giving a clear message to the perpetrator that the behaviour is unacceptable and must stop,’ Ms Dunkley said.

‘The message must be unambiguous and firm.’

‘PPA is experienced in determining the best way to achieve a cessation of the behaviour and for the member to be able to attend work without being harassed,’ Ms Baulch said.

In recent years the Australian Human Rights Commission has released numerous reports into sexual harassment in Australian workplaces. Statistics include:

* reported by the Shop, Distributive and Allied Employees’ Association members