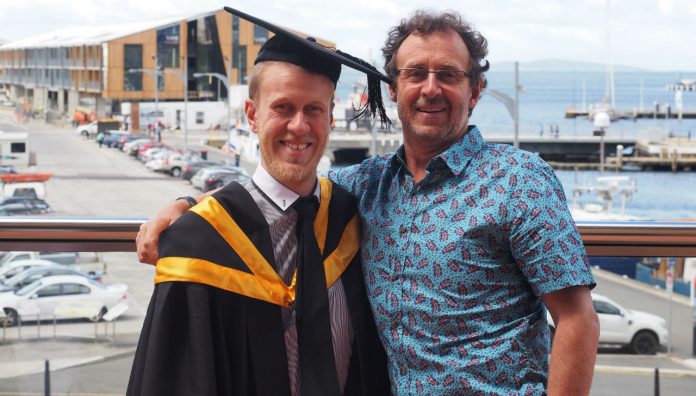 Some might assume employing someone with a declared disability would only bring complications. But some community pharmacies around Australia are leading the way in disability employment, and they say the benefits make it all worthwhile.

It makes simple, ethical sense for businesses like pharmacies to accurately represent the social and cultural mix of the communities they serve. But increasing evidence shows that having a diverse workforce is also great for business.1,2 Companies with diverse management teams have 19% higher revenues, while improved company culture, leadership and greater innovation are all benefits of a diverse workforce.3,4

According to JobAccess, the Australian Government’s disability employment service, there’s considerable evidence of the benefits of hiring people with disability. ‘Employees with disability are four times more likely to stay with their current employer than other employees, and 90% as or more productive,’ says JobAccess General Manager, Daniel Valiente-Riedl. ‘And they’re innovative; 75% report having an idea that would drive value for their company, versus 66% of employees without disabilities.’

In the final year of a Bachelor of Pharmacy at the University of Tasmania, Sam Flood started applying for intern positions for the following year and expected he would secure one without any issues.

Despite above average grades and countless applications, Mr Flood says potential employers couldn’t see past his wheelchair and he found a lot of apprehension about putting him on as an intern. ‘Three quarters of the way through the year, well before graduation, everyone I studied with had an internship secured. It got to actual graduation day and I still hadn’t got a job,’ he says.

Mr Flood had worked part-time during high school, had done placements in community and hospital pharmacies during his degree. He says he didn’t want to give anyone an excuse not to put him on, so he volunteered and worked part-time at university after graduation.

By August 2017, still getting turned down for internships, Mr Flood made a video about his experiences through the University Specialist Employment Partnership (USEP) which was widely received by the Australian pharmacy community.

‘I saw the video and thought it’s not acceptable that he’s still looking for work. Sam’s completely capable and needs the opportunity to get his internship done,’ says Jarrod McMaugh MPS, the managing partner of Capital Chemist Coburg North in Melbourne. ‘I had some familiarity with Sam when he first graduated and just assumed that he had found a role in Tasmania.’

The pair spoke the following day and after an interview and some discussion, Mr Flood moved to Victoria and started on as an intern pharmacist. The pharmacy had recently been renovated and already had some ramp access, but a few minor physical changes were needed. ‘Sam coordinated all of that work and the work was funded. It was really straightforward and easy,’

Mr McMaugh says. For him, the benefits of someone like Mr Flood working at the pharmacy are clear. ‘All his life he’s had to find innovative ways to achieve the things the rest of us take for granted, which means he thinks laterally and is a problem solver. He has identified a solution before most people have clarified what the problem is, which is very useful in the clinical setting.’

For Samantha Kourtis MPS, Managing Partner of Capital Chemist Charnwood in Canberra, diversity and disability employment is a personal priority. When her father suffered a stroke 14 years ago that left him with hemiplegia, he was no longer able to work as a nurse and had no other employment opportunities.

‘I felt his frustration at not being able to feel that he was contributing to society and not be able to feel personal value,’ she says. ‘When I became the pharmacy owner, I was contacted by a disability employment agency to see if I wanted to employ an incredibly intelligent young man, physically impaired with cerebral palsy, and that was the first time I was like, “Well, why not?”’

Ms Kourtis has continued to prioritise diversity and currently employs Jack, a young man living with autism, to restock the pharmacy’s robotic dispensary. ‘Jack’s been with us for almost four years, and he works four mornings a week,’ she says.

Recently, Ms Kourtis has also brought on Mitch, another employee with a disability. But hiring people with a declared disability has been an organic process for Kourtis, as she says her experiences with disability employment service (DES) providers have been disappointing. She says some providers have prioritised payments for placing an employee instead of ensuring people and business are a good fit.

‘This is a controversial comment, but I believe some DES providers are only in the industry because of the payments they get when they place somebody,’ Ms Kourtis says. She encourages pharmacists to do their research.

‘Find a DES that’s actually committed to the outcomes of the employee and the employer. Maybe talk to some past clients and see what runs they’ve got on the board there,’ she says.

It’s a sentiment Ms Kourtis echoes. ‘I would be very vulnerable and open and honest, and say “This is a space that I haven’t professionally worked in before, so I might not know the right questions to ask or I might not use the right words. Could you please guide me?’” she says.

‘Most pharmacists, if they ask themselves that question, would probably change their mind if they were honest with themselves.’ As PSA19, keynote speaker and disability and Paralympian Kurt Fearnley said increasing the number of people with disabilities in pharmacy would also help improve the sector’s ability to understand and respond to the needs of patients with disabilities.

When it comes to employers looking at disability employment, JobAccess provides a number of services. ‘People with disability don’t often need any specific workplace changes to be effective in their jobs. It’s important not to assume that people with disability need adjustments,’ says Mr Valiente- Riedl. But for those that do, JobAccess can help with coordinating adjustments and modifications, including referrals for free workplace assessments, advice on required modifications and support, which may also be eligible for reimbursement through the Employment Assistance Fund (EAF).

‘Many adjustments are at no cost at all as it is also about putting in reasonable adjustments such as flexible work hours and work from home, which can also assist other staff with their work-life balance,’ says Valiente-Riedl.

JobAccess also offers a free, confidential call service providing advice on disability employment. ‘The team includes a range of field experts, such as allied health professionals and specialists in workplace adjustments and occupational therapy,’ Mr Valiente-Riedl says. ‘Becoming a disability-con_ dent employer involves time and e_ ort, but it’s not hard. And, every single step can lead to a big change. My advice would be to take a step forward and break the ice.

Image: Sam Flood and father Chris at his graduation

For more information on disability employment tailored to people with a disability, employers, or disability service providers, visit www.jobaccess.gov.au or call 1800 464 800.