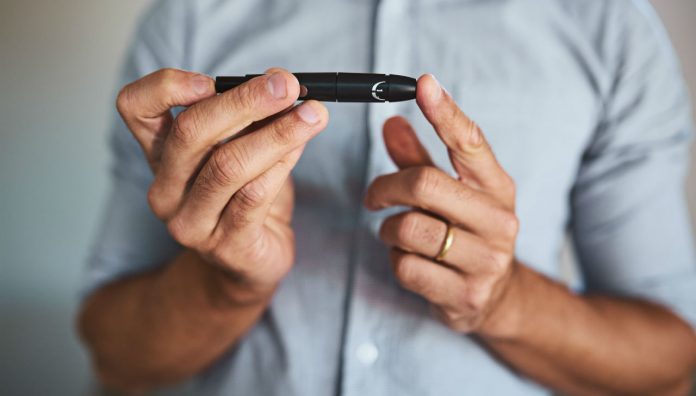 In a statement, Professor Johnson highlighted the need for greater awareness of the disease, referencing a study conducted by Austin Health. The study, which examined over 5,000 patients aged 54 years or older admitted to hospital between July 2013 and January 2014, found that one in six patients admitted to hospital did not previously know they were suffering from diabetes.1

‘Every year diabetes is associated with more than one million hospitalisations, but it doesn’t have to be like this. Earlier detection of type 2 diabetes, and optimal early treatment can reduce the risk of people developing diabetes-related complications, which account for many of these hospitalisations, by up to 37%,’ he said.

Diabetes educator and pharmacist Tara Whelan said that pharmacists could be an important part of this process, noting that their role as frontline healthcare professionals allows them to observe symptoms of the condition, which can be challenging to detect.

‘Because type 2 diabetes is often slow in onset, the red flags may not always be waving directly in our faces. Everyone will present a little differently,’ she told Australian Pharmacist.

Even so, she said that there are some ‘red flags’ to look out for, including persistent tiredness, where people may complain of falling asleep on the couch in the afternoon, or needing regular naps which they have not needed to take previously.

She also urged pharmacists to be aware of patients who mention experiencing frequent urination or disturbed sleep. She noted that many patients might not tell their pharmacist about this, and advised initiating a conversation about night-time toilet habits with patients who are experiencing poor sleep.

Ms Whelan also pointed out that symptoms such as dry mouth or fungal infections are often attributed to other conditions, or are thought to be a side effect of medications. She encouraged pharmacists to go through medical and medicine history, and consider undiagnosed diabetes with dehydration and thirst presenting as dry mouth.

Similarly, she noted that patients who present with thrush and other fungal infections are often asked if they have diabetes, but are often not flagged as having undiagnosed diabetes.

Pharmacist and diabetes educator, Nicole Frayne, added that these symptoms might manifest in unexpected ways. Speaking to Australian Pharmacist she said that patients might purchase multivitamins to provide more energy, repeat prescriptions for UTIs, antibiotics for slow-healing wounds, which could all indicate that a patient has undiagnosed type 2 diabetes.

She also encouraged pharmacists to be aware of other risk factors, such as a family history of type 2 diabetes.

Ms Whelan urged pharmacists who have identified ‘red flags’ to use the Australian type 2 diabetes risk assessment tool (AUSDRISK). If patients score a 12 or above she advised offering a point-of-service blood glucose or HbA1c test before referring them to a GP, noting that if the blood glucose or HbA1c test falls outside the normal range pharmacists should provide an urgent referral.

‘The key here is to follow up. Take down their number and call in a week to see how they got on with their GP. If there is no diagnosis made after your assessment and referral, invite them back to discuss how they can improve their modifiable risk factors based on their answers to the original AUSDRISK ie. nutrition, physical movement, smoking status and waist circumference. Show them that there are ways that they can reduce their own risk through improvements in these areas,’ she said.

As reported in the ABC, Austin Health research also indicated that 62% of people aged 40 and above are not concerned about developing type 2 diabetes.

Ms Whelan said that awareness campaigns can be useful, but she encouraged pharmacists to leverage their position as frontline healthcare providers to make a meaningful impact on their patients understanding of the disease.

‘It’s important as healthcare professionals that we speak to an individual about their own set of circumstances rather than using statistics which may not resonate with them,’ she said.