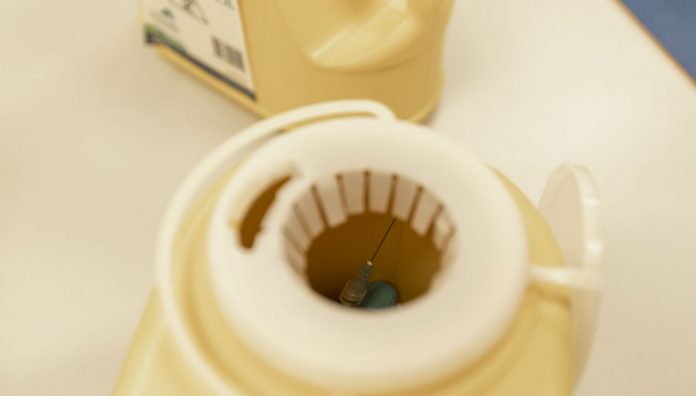 As environmental threats become increasingly pressing, healthcare professionals are calling for changes in the way clinical waste is managed in medical settings.

In a recent report from the ABC, doctors and nurses reported ‘devastating’ levels of clinical waste in hospitals, citing a lack of time and resources to develop more sustainable practises.

Pharmacist and Chair of the Government Returned Unwanted Medicines program, Warwick Plunkett, told Australian Pharmacist that, while most community pharmacies do not generate clinical waste on the same level described in hospitals, pharmaceutical waste management is a challenge for all pharmacists.

He identified pharmacist administered vaccines as a ’major problem’ for pharmacies, who have not previously had to dispose of high quantities of syringes.

‘With pharmacies now increasingly involved in vaccination, the disposal of syringes is becoming a major problem and needs a specific process for collection and disposal,’ Mr Plunkett said.

However, he echoed Maryam Ghodrat, a research fellow at Western Sydney University who is examining waste in healthcare, who told the ABC that the problem was hard to solve given that clinical waste is often hazardous.

‘You’ve got disposable syringes that are usually polluted by blood and different bacteria,’ she said.

Mr Plunkett said that there were other ways that community pharmacists could reduce waste, noting that packaging is an area that generates a high volume of waste.

He called for a major meeting of suppliers and wholesalers to develop a system to reduce the amount of packaging in pharmacy medicines and products.

‘A separate program for the collection and destruction of sharps to be funded by the Government with a similar collection process to Returning Unwanted Medicines (RUM) appears to be necessary,’ he said, referring to the subsidised national scheme which allows unwanted medicines to be collected and safely disposed of.

He noted that RUM disposes of over 800 tonnes per year, a figure that is may to increase following the launch of a campaign from the Therapeutic Goods Administration (TGA) encouraging people to return unused opioids to community pharmacies.

Even so, Mr Plunkett said that he was confident that pharmacies could absorb the extra medicines, and encouraged pharmacists to devote their attention to the increasingly pressing issue of needle disposal.

‘In the past some pharmacies collected them on behalf of intravenous drug users, but that wasn’t a major number. If you’re doing flu vaccinations, 20 flu vaccinations a day, you have 20 syringes you have to get rid of. And I don’t know if the current system adequately looks after that yet,’ he said.