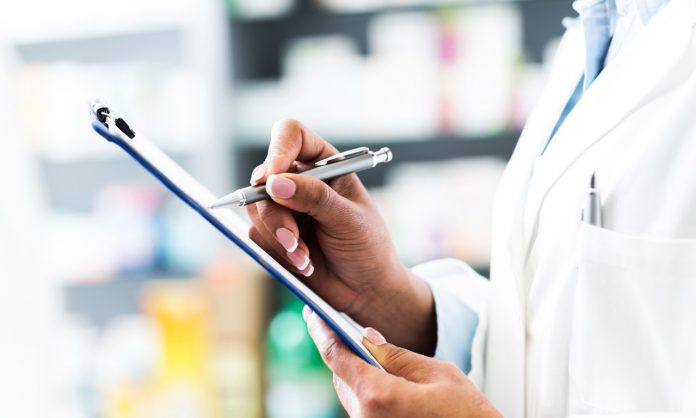 Pharmacist prescribing is ‘imminent’, says PSA National President Dr Shane Jackson. So what could that mean for you and your patients?

Pharmacists will have prescribing powers by 2020, predicts Shane Jackson.

‘Prescribing is an activity that is well within the scope of practice of a pharmacist,’ the PSA National President said.

A spokesperson told Australian Pharmacist it was ‘premature for the Board to provide comment about future prescribing options for pharmacists’ but that it was ‘looking forward to participating in the forum alongside other attendees’.

The forum coincides with the final stages of Victoria’s 18-month trial of collaborative prescribing for pharmacists, the Chronic Disease Management Pilot.

The trial was based on a collaborative prescribing model, which typically involves an independent prescriber and pharmacist working in partnership ‘to implement an agreed patient-specific clinical management plan where doctors make the diagnosis while pharmacists prescribe according to the agreed plan’.1

‘The pilot involves the GP identifying a patient they feel is stable enough to be managed by the pharmacist under a specific set of instructions,’ said Mr McMaugh, Managing Partner at Capital Chemist Coburg North.

‘The GP sets out a treatment plan saying, for example, “I want you to keep the patient within this blood pressure range and if not you can step up this dose or add this prescription”.’

The trial has aimed to give appropriately trained pharmacists the opportunity to provide regular dose monitoring, dose refinement, earlier intervention and prompt referral to GPs around issues associated with chronic diseases and medication.

Mr McMaugh said that, as yet, little was known about the initial findings from the pilot. ‘The department is keeping that information close to the chest,’ he said.

‘But I do know that sites were having lots of success with patients who were willing to participate.’

Collaborative prescribing around the world

Collaborative drug therapy management (CDTM) by pharmacists was first introduced in Washington State in 1979. Now the vast majority of states in the US authorise Pharmacist Collaborative Practice Agreements, although the extent of services authorised varies greatly.

In 2003, the UK introduced pharmacist supplementary prescribing, with a specific clinical management plan for each patient, as part of its response to a dire GP shortage.

PSA Manager of Strategic Policy Bob Buckham is the former Chief Pharmacist Adviser to the Pharmaceutical Society of New Zealand.

He said the adoption of a collaborative model had been well received by other health professionals in New Zealand.

‘The collaborative model meant that a lot of the opposition to pharmacist prescribing could be worked through because often pharmacists had a rapport with the clinical team, which was aware of the pharmacist’s capabilities,’ he said.

‘It also helped that pharmacists over there weren’t the first non-medical prescribers – nurse practitioners and midwives were already prescribing.’

An extensive Australian review of relevant literature has concluded that a collaborative model of pharmacist prescribing could be best suited to Australia.

‘This, together with a close collaboration between doctors and supplementary pharmacist prescribers, may address doctors’ concerns regarding patients’ safety while patients take advantage of the potential benefits of an expanded prescribing role for pharmacists.’

‘Collaborative prescribing is a good model and it’s probably what consumers are most comfortable with and, depending on what the individual collaborative agreement actually says, the pharmacist’s authority can be quite broad,’ he said.

Independent prescribing could offer additional benefits in future, proponents have said. Under an independent model, the pharmacist is responsible for clinical assessment and diagnosis of a patient, without the supervision of another healthcare professional.

Professor of Pharmacy at the Queensland University of Technology (QUT), Dr Greg Kyle, suggested that if the aim of pharmacist prescribing was to improve patient outcomes and streamline their healthcare journey, then working towards independent prescribing made sense.

He used medication reviews as an example. ‘At the moment, the GP says “please go and review this patient and send me a letter on what your recommendations are in terms of medication management”,’ he said.

‘The pharmacist visits them, does the review and sends recommendations back. Why couldn’t the pharmacist change those prescriptions?’

He argued pharmacists were highly trained medication managers and experts in pharmacotherapy, and should therefore be prescribing independently.

‘It would save the health system funds from an extra GP visit, it would save the patient additional delays and with My Health Record that information can be updated at the time of consultation,’ he said.

Dr Kyle pointed to successful applications of this model in some Canadian jurisdictions. In the UK, legislation enabling supplementary prescribing was expanded to give pharmacists independent prescribing authority in 2006.

Non-medical prescribing has been shown to provide faster access to medicines, and more flexible, patient-oriented care.2

In collaborative practice models it has been shown to improve patient outcomes in a range of conditions, including depression,3 pain management,4 heart disease, diabetes and asthma.1

Independent prescribing by pharmacists, meanwhile, has been shown to provide patient outcomes that are similar to – and sometimes better than – doctor prescribing outcomes when it comes to managing blood pressure, cholesterol and HbA1c.5

A systemic review of 46 UK and US studies found that patient adherence to medication, patient satisfaction and health-related quality of life were comparable between pharmacist prescribers and doctor prescribers.

For pharmacists, the potential benefits of expanded scope of care include better job satisfaction and remuneration.

‘Pharmacist prescribing authority would allow pharmacists to apply what they’ve been trained to do at university,’ PSA’s Dr Jackson said.

‘It would reduce the expectation gap between what graduates think they’re going to do and what they do in practice.’

Dr Jackson added that allowing pharmacists to practise to their full scope could also help reduce hospital admissions due to medication errors.

‘Pharmacists are experts in medicine, so who best to prescribe than the pharmacist who has the best expertise around medicines management,’ he said.

Just because some overseas pharmacists can prescribe, doesn’t mean they do, said QUT’s Dr Kyle.

‘When they started in the UK, a lot of pharmacists did the prescribing course but there weren’t any positions for them to move into and utilise those skills,’ he said. To date, only 11% of UK pharmacists are registered with the General Pharmaceutical Council are independent prescribers.6 It’s a similar story in New Zealand, where latest figures show there are just 14 registered pharmacist prescribers.7

‘In Australia we could easily get pharmacists doing top-up courses and being qualified, endorsed prescribers – that’s really the easy part,’ Dr Kyle said.

It’s for this reason that advocates have said that discussions around prescribing powers should be squarely focused on what’s best for the patient and optimising access to appropriate healthcare professionals.

‘It’s not about stealing turf from other practitioners; it’s about practicing to the full scope of your training and providing better access for patients,’ Dr Kyle said.

‘If we’re looking at what’s truly best for the patient, then it really doesn’t matter who writes that prescription, provided they are appropriately qualified and trained.’

Pharmacists will need to secure the support of a range of stakeholders – including other health professionals, the Board and governments – before they can receive and fully utilise prescribing powers.

There will be details to nut out – pharmacists’ scope of practice, checks and balances, funding and remuneration models, state and federal legislation, training and qualification regimes.

It’s a process that won’t happen overnight, Dr Jackson said, but it can happen. ‘We will certainly be working with the jurisdictions to show why pharmacists should be included in any sort of collaborative prescribing arrangements,’ he said.

‘In my mind, there’s no reason pharmacists shouldn’t be able to prescribe by 2020.’

Prof Lisa Nissen will be presenting a CPD session on pharmacist prescribing at PSA18.