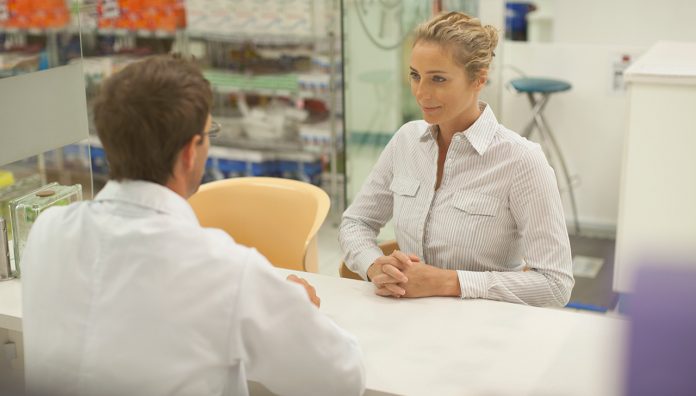 Evaluation overseas has found pharmacist prescribing to be safe, clinically appropriate and well-received by patients.

Pharmacy groups have long called for changes to allow pharmacists to prescribe specified medicines such as the oral contraceptive pill.

In countries where this extension to pharmacy practice has begun, the financial impact and effect on patient outcomes has been positive, according to an analysis by health economist Dr Greg Merlo, published in The Conversation1 last week.

A Postdoctoral Research Fellow in the Primary Care Clinical Unit at the University of Queensland, Dr Merlo analysed the financial and clinical impacts of pharmacist prescribing and doctor dispensing.

Prominent activist, general practitioner and short-term independent MP, Prof Kerryn Phelps, argued last month that perverse incentives for community pharmacists may lead to inappropriate prescribing, and that – conversely – GPs should be able to dispense. However, an accusation of inappropriate prescribing while also dispensing can also be levelled at doctors, Dr Merlo found.

Studies in the United Kingdom and Canada (where prescribing was limited to urinary tract infections and cardiovascular conditions) demonstrated the safety and clinical appropriateness of pharmacists doing the prescribing, along with positive feedback from patients. The Canadian study also demonstrated better clinical outcomes and cost-effectiveness.

In countries where doctors have dispensing rights, studies have shown evidence that financial profits had influenced prescribing behaviour. In Switzerland, a 34% increase in drug costs per patient resulted from doctors overprescribing and prescribing more expensive medicines.

To address the concerns of this extension to pharmacy practice, Dr Merlo looked at three economic concepts to help understand the benefits and risks of pharmacist prescribing: supplier-induced demand (supplier has greater knowledge and may manipulate the consumer into buying an unnecessary medicine); product-bundling (a doctor will provide a medical consultation with the prescription); and externality (impact on society e.g. antibiotic resistance, codeine rescheduling).

However, ‘There is no reported evidence of inappropriate prescribing by pharmacists in any countries that have introduced regulated, controlled models of pharmacist prescribing,’ Dr Merlo found. He concluded that pharmacists prescribing ‘has the potential to lower costs to the health system because of fewer GP visits, offer convenience to consumers, and free up busy GPs to spend time on high-value care’.

However, ‘any increase in pharmacists’ scope of practice needs to be introduced with caution, with clear protocols and limited prescribing rights’.

In a position statement released in October, the Pharmacy Board of Australia recognised there are no regulatory barriers to pharmacists prescribing ‘via a structured prescribing arrangement or under supervision within a collaborative healthcare environment’.

Dr Merlo told Australian Pharmacist that, as a health economist, he sees himself as an outsider.

‘I would hear arguments from both sides and not know who to believe. I think politicians and regulators face the same problem,’ he said.

Regarding the so-called doctor-pharmacist ‘‘turf war”, he said ‘neither side of the war is showing signs of giving up. Rather than sweeping statements about conflicts of interest, we need an evidence-based framework to determine where it’s appropriate to extend pharmacists’ scope of practice’.

Dr Merlo favours policy guidance for extending scope of practice that could be applied consistently to all health professions. ‘It needs to be developed by an organisation who is independent of any specific professional group but will need to canvas widely and consider the perspectives of all groups concerned,’ he added.

Ideally, extending the scope of practice needs to be done in a way that the value is seen by both patients and GPs. Concerns of safety and conflicts of interest need to be addressed, he said.