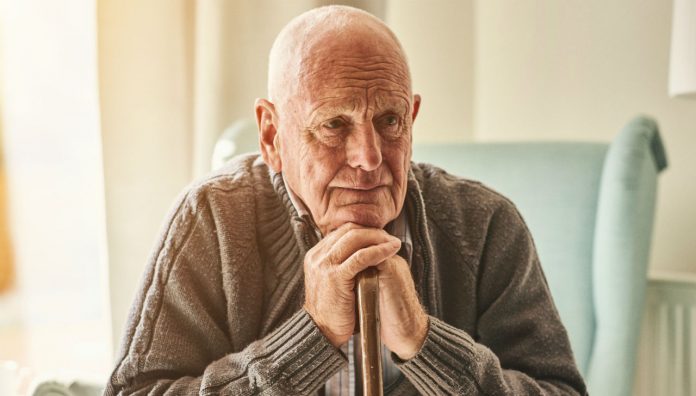 Significant levels of ‘high-risk’ medications in Australian aged care facilities provide an area of need for future roles for pharmacists, the PSA19 conference was told yesterday.

And antimicrobial use, as well as wider medication ‘stewardship’, were key areas pharmacists could target in aged care settings, suggested Dr Janet Sluggett, a registered pharmacist and NHMRC Early Career Research Fellow at the Centre for Medicines Use and Safety at Monash University.

Her research focuses on maximising the benefits and reducing the risks relating to medicines use among those using residential aged care services.

She cited data that underscored the important role of pharmacists in resolving problems under the RMMR.

In a review shortly to be published, of only 13 Australian studies in a residential aged care setting between 1997 and 2018, eight specifically involved the RMMR program and showed that on average RMMRs can identify between 2.7 and 3.9% of medication problems per resident, per review.

‘That’s important because it shows there is a real burden of medication-related problems in this setting but also that pharmacists can work to resolve these problems,’ she said.

A small number of studies that showed GP acceptance or implementation of pharmacist recommendations ranged between 45­–85% and indicated the benefit of ‘working collaboratively with GPs and other stakeholders to resolve these medication-related problems’ in residential aged care.

‘Overall, we found the [RMMR] program was useful to identify and prompt resolution of medication-related problems,’ Dr Sluggett said.

However, problems with the program and its implementation remain, she added. Not all aged care residents receive an RMMR, those that do only receive one during the time they are in aged care ‘and very few receive multiple RMMRs’.

Dr Sluggett said the limitations around the pharmacists’ ability to access funding for follow-up of residents after they’ve made recommendations, and monitoring and implementing the medicines management plan for those residents, is also problematic.

‘Overall, these findings showed to us there is a need for more frequent clinical input from pharmacists into aged care facilities in Australia.’

In her evidence to the Royal Commission into Aged Care Quality and Safety, Dr Sluggett emphasised that one of the strategies around input into quality and use of medicines was about bringing pharmacists closer to the ‘point of care’ in aged care facilities – closer to medication prescribing and administration.

Services to residential care facilities that can target residents include medication reviews and educational activities around medication management for stakeholders.

She cited data from the most recent National Prescribing Survey, which showed that on the day of the survey 9% of residents were prescribed an antimicrobial. Around half of those prescribed were found to have no clinical signs of infection on the day of the audit. There was also no documented reason for use in 25% of the prescriptions and a significant number of prescriptions for topical use were similarly found.

‘There is value in us conducting routine medication chart checks, auditing antibiotic use to see if treatment indications are documented and resolving those types of medication-related problems,’ she concluded.

‘I think we can play a key role in vaccinating staff and identifying residents who would benefit from vaccination and increasing vaccination rates in that population. We can give education to GPs around treatment guidelines for “common infections” in residential care.’

Another area brought up ‘extensively with the [Royal] Commission’ was ‘high-risk medicines including antipsychotic use’.

National data Dr Sluggett’s team had collated for analysis centred on dispensing rates of antipsychotics for more than 97,000 aged care residents with dementia who were admitted to facilities between 2013 and 2015. The figures showed residents were dispensed a significantly increased number of antipsychotics in the 12 months before their admission. And in the 12 months after admission one in three residents were prescribed the medication once a quarter.

‘This indicates a very high level of use of this high-risk medicine,’ she said. But other ‘high-risk’ medicines included opioids, anticoagulants, antiplatelets and diabetes medications.

Better use and monitoring of these medicines of high-risk includes medicines reviews, deprescribing and simplification of what these residents are taking, Dr Sluggett told PSA19.

‘There will be a role for pharmacists in the future in terms of collaborative prescribing in conjunction with GPs to implement deprescribing plans around the use of some of these medicines when they are no longer appropriate, and also to participate in case conferencing to ensure our recommendations and plans for monitoring the use of these medicines are getting into individual resident’s care plans.’

There are other areas where future roles for pharmacists in aged care settings include supporting safe transition of care to and from hospital and minimising the contribution of medicines to potentially avoidable hospitalisations, Dr Sluggett said.