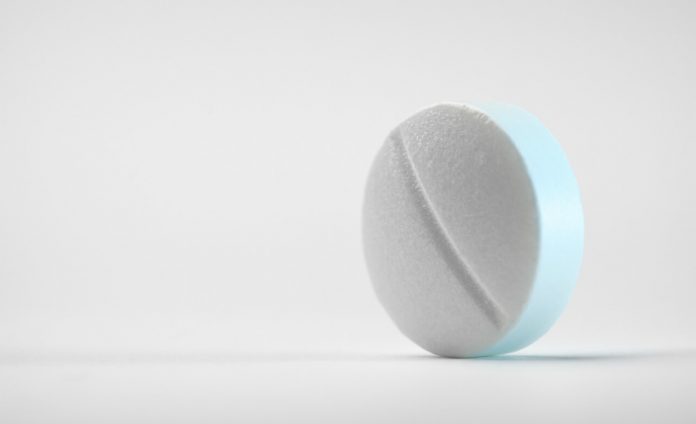 As the rate of accidental prescribed drug-induced overdoses continues to climb, pharmacists have an increased responsibility to focus on early intervention.

The Penington Institute’s Australia’s Annual Overdose Report 2019 released last week, has revealed the number of Australians dying from unintentional drug-induced overdoses has been increasing by 3.4% a year since 2001. In 2017 the 1,612 unintentional drug-induced deaths accounted for almost three-quarters (74.6%) of all drug-induced deaths. In comparison, 1,246 people died on our roads that year, and the gap between these figures continues to widen, according to the report.

Prescription opioids have been involved in the majority of accidental drug-induced deaths – 53% of all deaths in 2017. Unintentional deaths involving opioids have more than tripled in the last 10 years, from 338 deaths in 2006 to 904 in 2017.1 According to the Pharmacists in 2023 report, the use of opioids is an immediate priority of care.2

After opioids, benzodiazepines, for which the most commonly prescribed are diazepam and temazepam, lead to the most accidental overdoses resulting in death1. Long-term use of these drugs can lead to the development of tolerance, and physical and psychological dependence.1

The Penington report recommendations to decrease overdoses and prevent fatalities include real-time prescription monitoring,1 an initiative to which the Federal Government in 2017 committed $16 million in funding.

Dr Renly Lim, a Research Fellow in the University of South Australia’s School of Pharmacy and Medical Sciences, conducts research focusing on identifying associations between medicine use and health outcomes.

She told Australian Pharmacist that real-time prescription monitoring allows pharmacists to proactively intervene if patients are prescribed potentially dangerous medicine combinations, high risk medicines or contraindicated medicines. The Penington report said real-time prescription monitoring can be useful, provided it is implemented in a way that increases access to health services.1

‘If we just just rely on supply-side interventions, patients may attempt to treat their pain or withdrawal symptoms with illicit opioids like heroin,’ the report said.1

Assoc. Prof. Nielsen’s team has developed a collection of screening tools that act as early-intervention tactics to monitor outcomes with prescribed opioids. In trying to improve identification of overuse of prescribed opioids community pharmacy and primary care settings, Assoc. Prof. Nielsen said it is important the language used is doesn’t create a barrier to effective conversations.

‘We have to be both conscious and careful with our language because there is so much stigma around developing problems with substance use,’ she said.

Assoc. Prof. Nielsen said that many screening tools for opioid dependence use addiction-focused language, such as one tool which asked whether patients ever feel ‘dope sick’, which is inappropriate for a patient who has been prescribed medicine for chronic pain.

‘We set about to try and develop tools that would have language and content that’s salient for asking people about their use, side effects and worries with pain medicine,’ she said.

One example Assoc. Prof. Nielsen used is a simple change from using ‘addiction’ to ‘over-reliance’, such as when medicine is used long term – the physical dependence is something patients can expect, but relying on pain medicines for sleep, or to manage stress can be a sign that problems are emerging.

According to Assoc. Prof. Nielsen, it is crucial to balance the focus on whether there are problems emerging with assessing whether patients are getting benefits from their pain medicines, and what, if any, other side effects are present. Not focusing the conversation on dependence alone, but framing it around the benefits and any possible downsides that the patient is experiencing from the medicine can help patients feel more comfortable talking about their experience.

‘When you start to put all those things together it can be easy to talk to a patient about whether or not their medicine is still the best medicine for them,’ she said.

Assoc. Prof. Nielsen said these conversations, which at first can be quite confronting, do rely on having a good rapport and trust between the pharmacist and the patient. If pharmacists are able to spot warning signs that a patient is overusing their pain medicines, such as patients coming in to get their medicine early, having those conversations early can help prevent more serious problems developing.

Dr Lim suggested that where possible, pharmacists can suggest the use of non-opioid alternatives. This is separate to counselling points during dispensing, such as talking about the risk and danger of overdose, the importance of avoiding alcohol and having a communication channel with their GP about their usage.

‘Pharmacists should also emphasise the importance of keeping an up-to-date medicines list so that [they] can review the medicines for any inappropriate, unnecessary or potentially dangerous drug-drug interactions,’ Dr Lim said.

According to Assoc. Prof. Nielsen, pharmacists should be able to have those conversations, and let people know about opioid substitution therapy. However, expect that it might take a little bit of time for patients that think about these options and be willing to seek further help.

Assoc. Prof. Nielsen said this may involve pharmacists taking more time to review a patient’s medicines, history and current functioning, and if this can be done in a private consultation room it could increase the likelihood of the patient feeling comfortable and sharing more of their challenges.

Assoc. Prof. Nielsen said pharmacists have a key role in identifying patients at higher risk of opioid-related harm, including those prescribed higher doses or those who are prescribed high risk combinations of medicines.1

‘Ideally, pharmacists might be able to identify and have conversations in the pharmacy around these key factors. Providing education about overdose prevention is critical. Providing information about naloxone, which can be sold without a prescription, can be a patient-centred way to discuss the risks around opioids, but also offer a strategy that patients and their families can be aware of if they are concerned,’ she said.

A second strategy Assoc. Prof. Nielsen said that reduces mortality dramatically where people have developed an opioid use disorder is offering evidence-based opioid agonist treatment, such as methadone and buprenorphine-naloxone.3

‘But we know for a range of reasons, including costs and stigma, that many people who develop opioid dependence with prescribed opioids can be very reluctant towards treatments,’ she said.

‘However, often once people experience treatment they have an overwhelmingly positive experience,’ she said

‘Localised interventions for regional and rural communities that are community-led and based on partnership should also be expanded,’ the report said.

The demographic group most susceptible to accidental drug-induced deaths involving pharmaceutical opioids is users aged 40-49. Between 2013 and 2017, 817 deaths occurred in this demographic.1 A risk factor for accidental overdose is prescriptions or benzodiazepines or other depressants at the same time as opioids.1 According to Dr Lim, antihistamines can be added to this list.

‘Patients may not know that using these medicines together can be deadly. If a patient is started on any new medicines that can increase the risk of benzodiazepine overdose, pharmacists should call up and check that the doctor is aware of the danger, they will closely monitor the patient and [provide] a tapering and discontinuation plan where possible,’ said Dr Lim.

Another study included in the Medicine Safety report found that between 1993 and 2005, 17% of unplanned hospital admissions among high-care residents of RCFs were attributed to the administration of these potentially inappropriate medicines.4

Indigenous people also continue to be overrepresented in deaths related to overdoses, due to poorer access to treatment and intervention. In 2017, the rate per 100,000 Aboriginal people was 19.2, compared to 6.2 for non-Aboriginal Australians across NSW, QLD, SA, WA and NT.

‘We do see poorer treatment access in rural and regional areas, which increases the risk of harm including overdose and mortality, and due to longer travel times for ambulances, really highlights how important it is to increase naloxone awareness and availability,’ said Assoc. Prof. Nielsen.

Should cannabidiol be down-scheduled to S3? 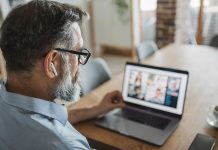 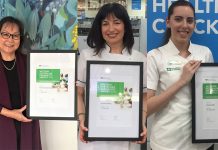 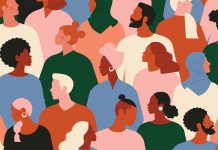