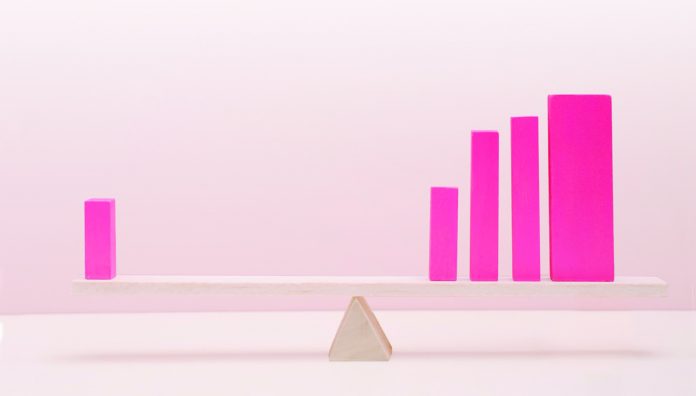 Patients rely on pharmacists and prescribers having mutual respect for one another, while maintaining their independence. We take a look at striking the right balance.

Ian John Gilbert, 77, had a psoriasis flare-up. He visited his GP, got a script filled and headed home for some relief. Days later he died a ‘needless and entirely preventable’ death from ‘complications of methotrexate toxicity’, according to findings by Victorian Coroner Rosemary Carlin.

‘The dispensing pharmacist immediately recognised that the daily dose prescribed by the GP was potentially dangerous and called him to convey her extreme concern,’ stated the Coroner’s report released in June.

‘The GP assured her that he had checked the dose and it was correct. Though she was not at all reassured, the pharmacist felt obliged to dispense the medication in accordance with the prescription and did so.’

The Coroner went on to make a number of recommendations regarding ways to prevent inappropriate dispensing.

‘Doctors and pharmacists should trust and respect each other, whilst retaining their independence. In dismissing her concerns, it appears that the GP did not afford the pharmacist the respect she deserved,’ the Coroner stated.

‘In dispensing methotrexate despite her concerns, it appears that the pharmacist afforded the doctor too much respect, or at least lost sight of her role as an independent safeguard against inappropriate prescribing.’

So what should the pharmacist/prescriber relationship look like in order to best prevent patient harm? Pharmaceutical Defence Limited Professional Officer Gary West said: ‘Longstanding convention has evolved that a pharmacist’s role is to be an independent check on the safety and appropriateness of doctors prescribing.

‘A pharmacist who does not act appropriately when a potential problem is detected may be called to account by a pharmacy regulator for unprofessional conduct.’

He pointed to Pharmacy Board of Australia Dispensing guidelines,1 which provide clear direction regarding pharmacists’ responsibilities.

‘In dispensing a prescription, a pharmacist has to exercise an independent judgement to ensure the medicine is safe and appropriate for the patient, as well as that it conforms to the prescriber’s intentions,’ the guidelines state.

‘Where clarification is required, the patient or their agent should be consulted and if necessary, the prescriber contacted.’

Additional guidance on the prescriber/ pharmacist relationship can be found in the PSA Code of Ethics for Pharmacists,2 including Integrity Principle 2 which states: ‘A pharmacist only practises under conditions which uphold the professional independence, judgement and integrity of themselves and others’.

The National Competency Standards3 stress that pharmacists must use their expertise to minimise medication misadventure.

There are many reasons that pharmacist/prescriber relationships can stray from the ideal, acknowledged PDL Professional Officer John Guy.

‘As was alluded to in the Coroner’s report, this relationship can break down if the prescriber is unwilling to engage effectively with a pharmacist who may have a concern,’ he said. ‘In some instances pharmacists are lacking in confidence when interacting with doctors.’

Added PDL’s Mr West: ‘Impediments to appropriate communication between pharmacists and prescribers may include workload pressures and interruption to practice, misunderstanding the intention of each health practitioner, poor communication skills and lack of mutual respect.’

‘The more a pharmacist works with a particular doctor, especially if you have any kind of relationship outside of work, then you can get to the point where you think “oh I’ve known this doctor forever, they know what they’re doing”,’ explained the Managing Partner at Capital Chemist Coburg North.

Be well informed and prepared

PSA Senior Pharmacist Carolyn Allen said that when it came to improving collaboration with prescribers it was important that pharmacists were well informed and well prepared.

‘If you’re concerned about a prescription, obtain as much relevant medicines and medical history and information as you can from the patient and research respected and approved references,’ Ms Allen said.

‘Check three or more standard Australian reference sources, and discuss with other pharmacists if you need to.’

Then when you phone the prescriber you’ll be able to con­fidently explain that you’re concerned that the prescription is not consistent with the references.

‘Do not relay this discussion through a practice nurse or secretary, but ask to talk directly with the prescriber,’ said Ms Allen.

‘Be ready to offer an alternative solution that is consistent with the references. Aim to be clear and concise in your discussion.’

‘Make an effort to build a relationship with local prescribers by demonstrating your willingness to work collaboratively with them to improve the care of your mutual patients,’ he said.

‘Prescribers will recognise the value of pharmacists if their interactions with a pharmacist are professional, appropriate and patient-centred.’

Mr Guy added that it could also help to ask prescribers if there were more appropriate times or ways of communicating with the prescriber, for example, email.

‘That can demonstrate consideration for the prescriber and their patients,’ Mr Guy said.

Any interaction you have with a patient can be an opportunity to ensure appropriate prescribing, Mr McMaugh said.

‘There’s always an opportunity for us to identify issues with the way people are using their medication,’ said Mr McMaugh.

‘It could come up in a MedsCheck or any other interaction we have with the patient.’ These interactions present both an opportunity and a responsibility.

‘If we’re finding an issue then that should always generate a conversation with the patient and the prescriber,’ Mr McMaugh said. ‘Our role is to protect patients from medications and prescriber error. That sounds a bit abrupt but really, when you really boil it down, that’s exactly what we’re here to do’.

Pharmacists deal with medicines so regularly that they can become complacent about just how dangerous they can be. ‘But the reality is,’ Mr McMaugh said, ‘people can die if we don’t do our job properly.’

And as the Victorian Coroner’s findings stressed: ‘pharmacists should not underestimate their own importance’.

Ravi Sharma, an independent prescriber from the UK, will visit Australia and work with PSA to provide valuable insights on autonomous prescribing in the UK and how to progress pharmacist prescribing in Australia. Registration is available here.