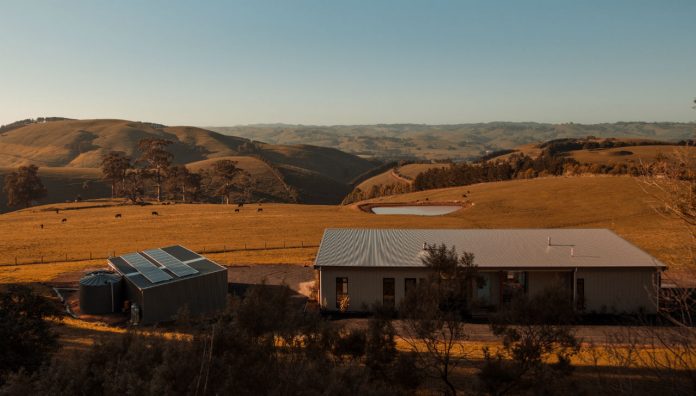 While urban and rural community pharmacy practice are frequently compared, is there a reliable evidence base around these differences?

There is a difference in health status between rural and urban populations. Those that live in rural areas typically experience more chronic health issues and have less access to services. Rural populations are more likely to have diabetes, arthritis, cardiovascular disease, asthma and mental health problems than those in urban areas. Data from the Australian Institute of Health and Welfare, indicates that in 2014, ‘rural death rates due to chronic disease were higher and rural people lived, on average, four years less’.

Pharmacists in rural areas are clearly serving a different population than their urban counterparts – but more data around what these pharmacy services look like is necessary to make an informed comparison.1

This is the observation that came about in a recent narrative systematic review that analysed the differences in the nature of the services provided in rural and urban settings, conducted by PSA CEO Dr Shane Jackson, University of Tasmania Professor Gregory Peterson and PHD student Helen Howarth.1

‘I was looking for articles where rural and non-rural practice had really been compared, and it was very hard to actually find the articles,’ Ms Howarth said.

‘Everyone is always saying that there are differences, but to actually find the differences is really difficult.’

After a search of 3,830 titles, only 17 reviews were fitting in their analysis of pharmacy practice differences, which the review focused on rather than dispensing and consumer counselling. Current or proposed services were investigated, including the provision of pharmaceutical care, public health activities and prescribing.1

However, the 17 studies were all diverse in nature and it was difficult to identify more than one within the same context.

The findings in some studies were also not-consistent across others. For example, rural patients were found to seek advice more willingly than their urban counterparts, although this wasn’t always the case. There was also limited evidence to indicate that more services were available in rural settings. An Australian study, however identified that rural pharmacists were more willing to see more patients for opioid substitution therapy.1

‘While we did find that rural pharmacists were more willing to talk to people, that was often counteracted by the fact that they probably have more time to,’ Ms Howarth said. ‘So each time we found a difference, it was often negated in the discussion of the article, which is really unfortunate as it is important to nominate those differences.’

Some evidence suggested that rural pharmacists were more open to the development of new roles, the delivery of more comprehensive services, and that they were more regularly in touch with prescribers – however the data pool was too limited to definitively make this claim.1

Of the 17 studies analysed, only four related to the differences in professional services between the two locales. Comparative data was often a by-product of an investigation into different kinds of community pharmacy practice.1

The study concluded that more research needs to be done in order to identify any meaningful differences between rural and urban community pharmacy practice.1

‘There needs to be more research and more analysis of existing research,’ Ms Howarth said. ‘The existing research was analysed statistically, but it wasn’t analysed in any depth. So that’s where it was difficult to actually find the trends.’

The focus of the research also needs to be more clearly defined, she said. ‘I was looking for differences in professional services, because it’s something tangible that you can actually search for. In Australia it’s difficult because of our PhARIA system. Meaning there are many healthcare services that are classed as rural in other systems, which are not considered rural in pharmacy – that makes it difficult to gather that good cohort of pharmacies to analyse.’

Ms Howarth suggested a more uniform definition of what the term ‘professional services’ consists of, which tended to vary across the studies analysed. A review of the PhARIA system would be similarly beneficial, for example the use of a modified Modified Monash Model (a Government developed geographical classification system, using up-to-date population data)  to define rurality, she said.

More involvement of pharmacy in rural health policy on a national level is also necessary. ‘Pharmacy services are often mentioned loosely, such as promoting blood pressure screening. But these are tiny snippets of what a pharmacist can do in practice. That’s where policy is needed,’ Ms Howarth said.

‘But I’m not doubting that differences occur, it’s just trying to find the proof was very difficult. I was looking for the proof so that it would benefit for rural pharmacists. I think they provide a fantastic service, but I was looking for evidence to support them, and this is what I found very hard to find.’