Australian Pharmacist
Home Featured Medicine use in aged care: a pill for every ill? 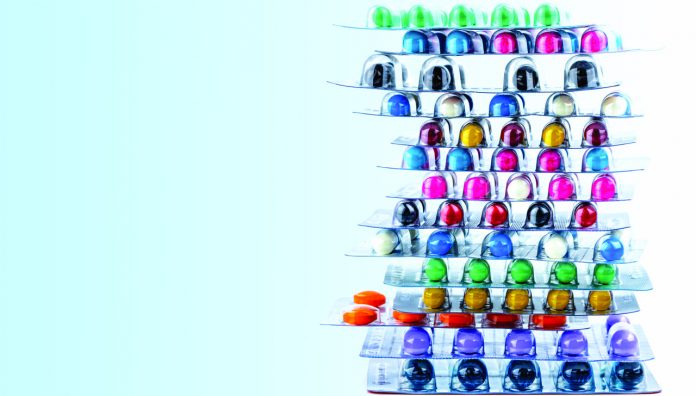 With medication issues the top cause of complaints in aged care homes (ACH), we examine attitudes towards the current services, and canvass possibilities for more effective models of care delivery.

In the summer of 2016, Bob Spriggs was given 10 times his prescribed dose of antipsychotic medication.

The 66-year-old man with Parkinson’s disease and dementia was hospitalised after this occurred not once, but at least three times, over consecutive days.

The incident was, in many ways, isolated to one particular Adelaide facility. But it triggered the much broader Review of National Aged Care Quality Regulatory Processes (NACQRP).

Released late last year, the final report revealed that medication issues were the top cause of reports to the Aged Care Complaints Commissioner.

‘If you consider that polypharmacy is five or more medications, there wouldn’t be too many residents in aged care who are on less than five medications these days,’ said Dr Elliott, who is also the chair of the Society of Hospital Pharmacists of Australia’s clinical leadership group in geriatric medicine.

Meanwhile, hyper-polypharmacy – the use of 10 or more medications – has almost doubled since 2005, according to a recent New Zealand study which should ‘alert health policy makers, researchers, and clinicians about the dire need to reduce the medication burden’.2

Polypharmacy and hyper-polypharmacy have also been linked with inappropriate prescribing and the incidence of medication-related problems. One study showed as many as 96% of ACH residents had at least one medication problem.3

Use of psychotropics
Concerns about the high rates of psychotropic drug prescribing in ACHs have long been raised and ‘quite clearly’ lead to increased adverse outcomes, said Dr Elliott.

‘The human cost to the resident is that they can be over-sedated, have increased risk of falls, stroke and death,’ he said.

‘Risperidone is the most commonly prescribed antipsychotic for behaviours of concern. It’s registered for a maximum three months’ use but we have lots of people on them longer, years sometimes.’

A recent study concluded that only 10% of psychotropic drug use was completely appropriate among dementia patients in ACHs.4

Communication
Considerable medication-related risks also arise as a result of poor or delayed communications between members of the resident’s health team.

University of Canberra Faculty of Health PhD candidate and clinical pharmacist, Nicole McDerby, pointed out that many ACHs were large organisations with ‘minimal on-site staff specialisation in medication safety’.

‘And there are so many points of care – a community pharmacy, the ACH, various prescribers and specialists, the GP, sometimes a nurse practitioner and hospital as well,’ she said.

Not surprisingly then, medication errors involve 16-27% of ACH residents.5

‘Those sorts of things can have pretty serious consequences when we’re talking about high-risk medicines like anti-coagulants and anti-infectives,’ Ms McDerby said.

RMMRs are a GP-triggered, Australian Government-funded, systematic evaluation of a resident’s complete medication regimen conducted by an accredited pharmacist.

QUM services, meanwhile, are provided by a pharmacist and focus on improving practices and procedures related to medicine use in ACHs, approaching medication management on a more systemic level.

QUM services have been criticised for being ad hoc. Ms McDerby noted: ‘Basically the service the facility gets is agreed upon by the provider and the facility. So, there may be some level of compromise between what the facility wants and what the provider says is achievable.’

Shortcomings of current approach
With studies continuing to highlight widespread medication management issues in ACHs, it’s clear the current system is not achieving its objectives.

Key complaints revolve around funding and the way it limits the frequency of RMMRs, and fails to provide for follow-up and coordination between stakeholders.

The NACQRP recommended RMMRs must be conducted on admission, after any hospitalisation, upon deterioration of behaviour or any change in medication regimen.

The decline may be partially attributed to cutbacks introduced in 2014, which generally cap residents at one RMMR every two years. And as Dr Elliott pointed out, that’s a long time for many ACH residents.

‘The average length of stay in a facility is around two years, so your average resident may only get one medication review,’ he said.

Additional RMMRs can be initiated if patients qualify under some clear clinical criteria. But all reviews rely on a GP referral – a requirement which has been widely criticised for contributing to delays and failing to service residents in need of a review.

Targeted RMMRs not funded
There is also no mechanism to ensure an RMMR is completed after significant events, such as admission to the ACH or readmission following hospitalisation.

As such, Dr Elliott said: ‘The RMMR system is better than nothing, but there should be a medication review within the first few weeks of admission to a facility to ensure that medications are correct and appropriate, and see if there’s any that could deprescribed.

‘Then there should be another review following hospital admissions or any other major change to the person’s health or medication regimen,’ he added.

Lack of follow-up
The current RMMR system also fails to provide for adequate follow-up services, according to many frustrated pharmacists.

‘At the moment, the work [on the RMMR] often gets lost in the pipeline, disappears down the drain and goes out to sea until the next time the patient is due for an RMMR,’ she said.

‘Then the pharmacist digs out the RMMR and says “look, I did actually recommend that last time, what happened?” But by then it might be too late.’

Lack of coordination
The RMMR model also failed to promote coordination between stakeholders, noted Neil Petrie MPS, a consultant pharmacist who works with a number of ACHs.

In particular, he’s called for funding of case conferences. ‘If we’re serious about having good patient outcomes, funding case conferences for everyone within the team is very important,’ he said.

Ms McDerby noted: ‘There are a lot of good pharmacists who will participate in case conferences but you can’t expect people to routinely do that for free.’

That’s an even tougher ask when you consider that many, including Dr Kouladjian O’Donnell, argue that RMMR remuneration is inadequate in the first place.

‘Pharmacists do a lot of ground work and digging up information, it takes a lot of time to write reports and communicate findings to all involved,’ she said. ‘The remuneration just doesn’t cut it.’

Better integrating pharmacists into ACHs
Many proposals to address these shortcomings hinge upon greater pharmacist integration into ACHs.

UK research released in 2016 showed that aligning a pharmacist with every ACH could deliver more than £350 in savings per patient, per year (around $AU600) through optimised medicine use, prevention of avoidable hospital admissions and reduced medicine wastage.6

UK initiative
In a significant attempt to achieve some of these improvements, earlier this year, the UK Government announced the funding and recruitment of an additional 180 clinical pharmacists and 60 pharmacy technicians to work in ACHs over the next two years.

The rollout comes after trial site results showed a 21% reduction in reported emergency hospital admissions, 30% drop in ambulance call-outs, and drug cost savings of up to $AU545 per resident.

Closer to home
Back in Australia, the Reducing Use of Sedatives (RedUSe) intervention has been effective in reducing the use of antipsychotics and benzodiazepines.

The six-month intervention was delivered at 150 ACHs across Australia and results showed the proportion of residents prescribed antipsychotics declined by 13%, while benzodiazepines fell by 21%.

Australian Government funding of the project ceased in 2016, but Mr Petrie said he hoped the program, and others like it, would get the support they deserved.

‘We need extra funding to follow up and really consolidate the benefits in those facilities, and for all facilities really,’ he said.

Another recent local pilot, conducted as part of Ms McDerby’s PhD, has explored the benefits of placing a pharmacist within an ACH for two days a week over six months.

Although the findings are yet to be released, they’re expected to join a growing body of research that shows aged care residents could benefit from care models that better integrate pharmacists.

‘We know that aged care residents are some of the highest users of medicines in the country,’ said Ms McDerby.

‘So, it makes sense for nursing homes to have a pharmacist as part of their allied healthcare team.’

Career pathways: training
Starting your career as an accredited Residential Medication Management Review (RMMR) pharmacist can be as simple as enrolling in an approved online course today.

The first step is completing the Medication Management Review Stage One course. The Association of Consultant Pharmacy- approved (AACP) course is comprised of 10 modules which you can work through at your own pace.

Once you’ve completed this preparatory training you can apply for the AACP’s Stage Two Accreditation Assessment Process which involves completing a communication module, clinical assessment (multiple choice) and case studies.

Alternatively, you can apply for accreditation through the Society of Hospital Pharmacists of Australia (SHPA), if you’re a registered pharmacist with a combination of professional experience, CPD credits and competency-based assessments (such as certification from the Board of Pharmacy Specialties or National Alliance for Pharmacy Education).

Regardless of the pathway you take, once accredited, you must complete annual re-accreditation requirements.

How the Curies’ discovery of radium went radioactive 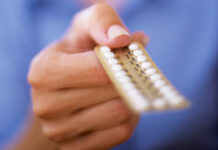 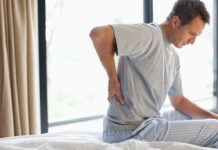 How pharmacists can address the risk of gabapentinoids 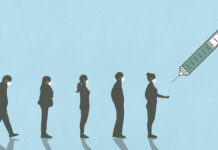