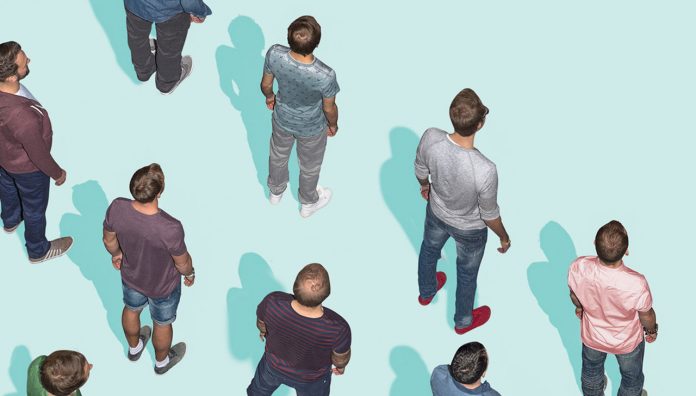 Pharmacists can help improve health outcomes for men, especially if they use communication skills to draw out those who don’t often visit doctors, as Thea Cowie reports.

The health and life expectancy of Australian men has increased dramatically in recent decades. A boy born today can expect to live to 80.5 years – more than 12 years longer than his grandfather born in 1960.1

But a gender gap remains: girls born today are likely to live more than four years longer than boys.1

Quality of life is also a concern for men, with males experiencing a greater share of the total disease burden (53%) than females (47%), and one in two men (46%) having at least one common chronic condition.4

It’s perhaps not surprising then that early evidence showed COVID-19 is hitting men harder than women. In China and New York, coronavirus in April killed men at almost twice the rate of women, while hospitalisation and infection rates were also higher in men.5,6

So why the gap?

It has been theorised that one reason for the disparity in health outcomes is that men are less likely to seek medical attention than women. And data shows Australian men claim 25% fewer Medicare services per year than they do.4

But CEO of Healthy Male (previously Andrology Australia), Simon von Saldern, said that statistic masked some important nuances, and that more than 80% of men had in fact visited a GP in the past year.7

‘It’s a bit of an urban myth that men are not accessing healthcare. They do access it, they just access it differently from women,’ he said.

‘For example, a guy tends to go to a GP with one health concern – you can tell that from the Medicare service statistics that show that generally the doctor claims one item per visit for men. But when a woman turns up, she tends to go almost with a shopping list of items; she’s going to the doctor so she’s going to make it count.’

But while women tend to have a higher use for some health services such as GPs due to gynaecological and obstetric conditions throughout their lives, Australian men tend to visit health professionals less frequently and at a later stage of a condition, statistics reveal.8

‘One is the availability of support services – many are open only during business hours and many have not made an effort to be male-friendly,’ he said.

Cultural barriers and reduced opportunities for men to attend health services have also been long recognised as due to factors such as lack of transport, previous bad experiences or paucity of services in particular areas.

Dr Hall said some of the reluctance to seek help was generational and influenced by gender or sexual identity.

‘Emerging research that I’m involved in is beginning to show that in teenage males the pattern is changing: 60% of boys surveyed were not uncomfortable talking about their feelings or seeking help for health-related problems,’ he said.

The strategy identified allied health workers – including pharmacists – as important agents for proactively engaging men and boys in prevention and early detection activities.

Mr von Saldern said pharmacists were in an excellent position to get a better understanding of men’s health and wellbeing.

‘Understanding and identifying the link between conditions is a really important role for pharmacists – I just can’t emphasise that enough. A lot of men’s health conditions are so interconnected,’ he said.

The way pharmacists have conversations with men can also be important, according to Dr Hall.

‘Standing face-to-face and asking, ‘how are you feeling?’ is generally not going to produce a positive response,’ he said.

‘But standing side by side and asking, “how are you going?” or “what have you been doing?” might open the gate a little bit more easily.

‘And one of the best things a pharmacist can do if they’re aware of men going through grief, loss, unemployment or loss of a business is to be able to refer them to other support services.’

Starting with the ‘safe’ topics – sport, the weather and local events – can help, he says. ‘I work with men from 16 to 96, some who are the quintessential ‘modern man’ and others who self-describe as ‘rougher than a sandpaper massage’.

In many cases, Mr Keitaanpaa says, men wanted problems solved. So, pharmacists should position themselves as ‘the trustworthy problem solver’, which can mean ‘shooting straight’ with an honest, informed opinion when advising against an unnecessary medicine.

‘The number of patients I have converted from Chlorsig to Systane is incredible, simply because I explained why one was better for their presenting symptoms. They are appreciative you had their best interests at heart.’

‘I’ve had amazing opportunities to get people onto life-saving antidepressants, see a doctor for the first time in 10 years or even just start taking their statins again,’ said Mr Keitaanpaa.

‘All of this has always been from leveraging that trust and accepting that often issues we consider taboo or embarrassing are actually made worse if they are broached softly or in coded language.’

‘It’s all about getting men along to the local footy club where they have a drink at the bar with their mates and listen to a guest speaker give some very subtle health messages,’ she said.

Ms Brown said footballers Wally Lewis and Alastair Lynch had been among the guest speakers who had been incredibly effective at engaging men.

‘If I said to the men: “Come along to the health night – myself, the psychologist and the GP will talk to you”, probably no one would turn up,’ she said.

‘But when I say, “a footballer is speaking” or “Glenn Azar is talking”, they want to come and listen to their stories.’

Ms Brown said she still vividly remembered Wally Lewis speaking about his experience with epilepsy in 2016.

‘The next day a lady came into the pharmacy saying, “thank you for last night – my husband just booked to see his doctor because he has extreme mental ill health and he thought, “if Wally has the guts to speak up, why can’t I?”’

‘From a business perspective, we see a lot of people at the events who aren’t our patients, but then afterwards you have a connection and they become your patients,’ she said.

For pharmacist and managing partner Brad Butt MPS at Cooleman Court Pharmacy, ACT, the move towards dedicated men’s health services began when a man called Michael presented at the pharmacy in 2012.

‘Michael was one of my regulars and he came in wanting assistance getting a vacuum erection device,’ Mr Butt recalled.

‘I wasn’t quite sure how to field that question so I contacted his urologist. And the urologist said: “Look, we need some help – if you can help these blokes do their penile rehabilitation after they’ve had their prostatectomy we’d love to support you.”’

Men’s Health Downunder was soon established and has since helped thousands of men across Australia with their health ‘down under’.

While nurses would often traditionally help with the management of these conditions, Mr Butt is passionate that pharmacists should be involved.

‘A lot of managing these conditions involves medicines and compliance,’ he said. ‘There’s nobody better than pharmacists at optimising compliance and quality use of medicines, dealing with and reporting side effects.’

A website launched several years ago allowed the business to take referrals from interstate and other telehealth and e-commerce services, while at the same time offering education for pharmacists, Mr Stewart said.

‘If pharmacists are interested in working in this space they can subscribe to the service or email us. We can help educate them to deliver services and connect them with referrers in their local area,’ he said.

AFS Pharmacies in Rockhampton has sponsored the local Men’s Shed since it was established in 2013. ‘We’re owned by the local community so we wondered what else we could do to assist. Men’s health was identified as an issue,’ said retired CEO of the Australian Friendly Society, Mark Woltmann, who went on to become the Men’s Shed chairman.

Mr Woltmann said the pharmacy group had given talks on men’s health occasionally, but that sponsoring the shed was more about providing a place where men were comfortable to raise concerns informally.

‘The motto of Men’s Sheds is “shoulder to shoulder” so we see guys working on a project in the shed together and while they’re working it starts to come out – the men become a support mechanism for each other while they’re going through health issues,’ he said.

‘I’ve had a number of members say: “If it wasn’t for the men’s shed and having somewhere to go, I would have had a go at killing myself”.’

Mr Woltmann said that an internal survey, taken 5 years after the partnership began, suggested that 60% of people who presented at the tills were male.

The Samford, Cooleman Court and AFS pharmacy initiatives are united by a common theme: the importance of building relationships with men – in the pharmacy or the community.

But pharmacies don’t need to establish formal programs to engage effectively with men. Mr Stewart said it could be as simple as having a space that makes men feel more welcome or, at least, less excluded.

Cooleman Court Pharmacy, for example, took the step of removing products perceived as feminine – or not directly health related – such as cosmetics, gift bags and Homyped shoes. ‘But it doesn’t need to be that overt,’ Mr Stewart said.

‘It could be that in your private consult room, you have a drawer dedicated to men’s health with a penis dummy that you can use to demonstrate how to do an intracavernosal injection, for example.’

Pandemic puts the spotlight on medicine safety in aged care 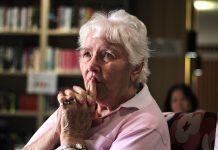 Pandemic puts the spotlight on medicine safety in aged care 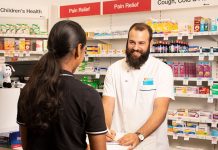 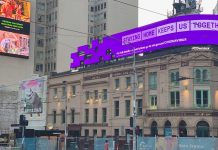